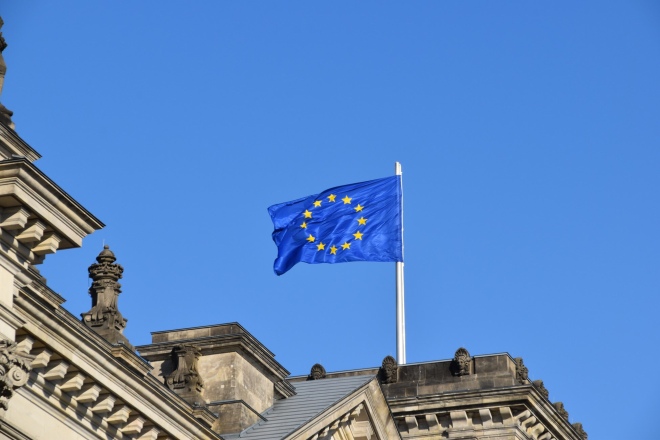 Photo by Waldemar Brandt on Unsplash

The title of this Blog article is really addressed to the U.K. Government of Prime Minister Johnson.

In part, we now have an answer since the announcement of the Agreement which has finally been negotiated between the European Union and the U.K. on Christmas Eve.

Bear in mind that the British had full access to the European Single Market with its four fundamental freedoms – free movement of goods, people, services and capital. This will end on 31 December 2020 when the transition period expires – the period following Brexit where the U.K. continued to follow EU rules in order to minimise disruption and uncertainty.

For young, talented and ambitious people, the end of Britain’s EU membership represents a narrowing of their horizons (unless they are fortunate enough to claim citizenship of another EU state e.g. the Republic of Ireland). No longer will they have unlimited opportunities to travel, study (e.g. the Erasmus Scheme) and work in EU member states. Curtailing freedom of movement was, after all, a key demand of the Brexiteers.

From 1 January 2021, British holiday makers will face visa requirements for stays longer than 90 days in any 180 day period (a problem if you are a pensioner and want to decamp to the Spanish Costas for the winter). Roaming charges for mobile phone use in the EU and the loss of the European Health Insurance Card (EHIC) are two further issues with which British citizens will have to deal.

It was only last week that I learned that, if I want to take the family dog to Ireland, I will have to comply with additional, bureaucratic and health requirements. Previously, I merely had to inform the ferry companies that I intended to travel with our much loved canine family member.

Mutual recognition of driving licences may also no longer be a given. This changing landscape might prove to be something of a shock for a lot of people. In nearly 50 years of EU membership, travel abroad has become much easier for British people.

Furthermore, British citizens may soon learn that they can suffer discrimination on the grounds of nationality (quite legally) when their Article 19 rights (Treaty on the Functioning of the European) disappear. After all, British citizens are no longer EU citizens.

Yes, legal action before the EU’s Court of Justice is currently in the offing about the stripping away of EU citizenship rights principally brought by those individuals who did not vote for Brexit but, at the time of writing, it is anyone’s guess as to the probable outcome of the case.

The pre-eminence of the City of London as a global financial centre has been put at risk. This has arisen because U.K. domiciled financial firms and companies will no longer have an automatic right to sell their products or establish branches within the Single Market – the so called Passport Rights.

When you consider that, in 2019, over 80% of the total output of the U.K. economy was represented by the services industries, the obsessive defence of the British fishing industry by the U.K. Government seems laughable if it wasn’t so serious.

In any event, it looks as if Prime Minister Johnson has sold out the British fishing industry to secure a deal. This should come as no surprise – just ask his former allies in the Democratic Unionist Party of Northern Ireland who were told by the PM that there would be no border down the Irish Sea post-Brexit.

According to The Economist (in its edition of 24 October 2020), “Thousands of jobs and well over £1trn ($1.3trn) of assets have already been shifted to continental Europe as City firms confront this new friction.”

If you are still in any doubt about the importance of financial services to the U.K. economy, please click on the link below:

A cartoon which appeared in the Toronto Star captures the moment perfectly (see below):

Yes, a no deal situation has narrowly been avoided, but don’t believe the hype: unlike John Lewis where nothing is never knowingly undersold, Prime Minister Johnson always knowingly oversells his achievements.

The U.K. (with the exception of Northern Ireland) is leaving the Single Market and the Customs Union and, despite what Mr Johnson may claim, this will lead to British businesses having to deal with a much higher level of red tape if they wish to sell goods and services to the remaining 27 EU member states.

We have already had a foretaste of problems at frontiers during Christmas week with the shambles at the Port of Dover where hundreds of lorry drivers were prevented from crossing the Channel to enter France.

When the dust finally settles on the EU/U.K. deal, we might contemplate that what we had was much preferable to what we’re going to get (a bird in the hand is worth more than two in the bush …).

A link to the text of the EU/U.K. Agreement can be found below: