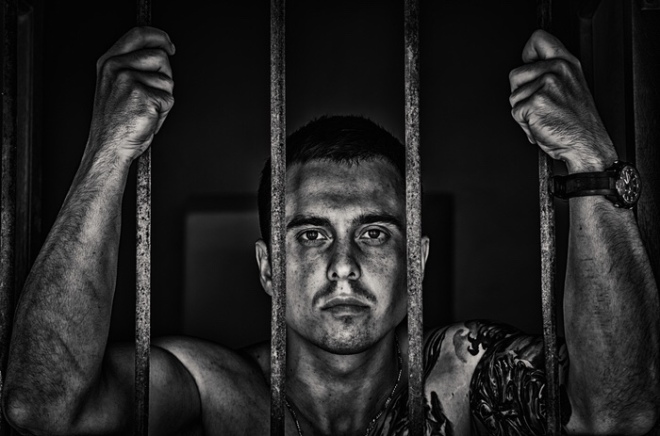 Photo by kyryll ushakov on Unsplash

In one of my first blogs (The problem with human rights … published on 1 February 2019), I discussed the problematic nature of this area – especially when individuals who have been less than law abiding, upright citizens are attempting to argue that they deserve to have their human rights respected.

In that previous blog, I focused on people such as John Hirst (convicted for manslaughter in England); Abu Qatada (a radical Islamic preacher who promoted Jihad); and Anders Brevik (the Norwegian mass murderer); who had all pursued legal actions in terms of the European Convention on Human Rights.

As I often remark to my students, people such as those listed above are not ideal ‘poster boys’ if you were going to run a marketing campaign to promote greater awareness of human rights in Scotland.

This year (in Scotland) marks the twentieth anniversary of the implementation of the European Convention via the Scotland Act 1998 (in 2000, the Convention was further implemented across the UK as a result of the introduction of the Human Rights Act 1998).

I doubt very much that supporters of the system of human rights protection will wish to dwell too long on those difficult cases involving murderers, terrorists, paedophiles etc. It rather tends to undermine the whole basis of human rights or, in other words, it’s a very difficult sell.

Yet the difficult cases keep on coming and certainly make this area a constant source of fascinating debate and argument about the rights and wrongs of human rights. They also tend to drive home very forcefully the notion that human rights is a contested concept. Not everyone agrees what should be protected or who should be protected.

In 2000, the former Scottish judge, Lord McCluskey was highly critical of the introduction of human rights to the legal system. As far back as 1986, he had made the following remarks (in his Reith Lectures) about Canada implementing its Charter of Rights and Freedoms, which was based on the European Convention. In his opinion, this would lead to:

“a field day for crackpots, a pain in the neck for judges and legislators, and a goldmine for lawyers.”

His Lordship would make the point that the above remarks applied equally to the then Labour Government’s decision to implement the European Convention directly into the legal systems of the United Kingdom.

Whether Lord McCluskey came to regret making these remarks publicly, we can only speculate. They did, however, come back to haunt him when counsel for a number of appellants before the Appeal Court of the High Court of Justiciary argued that Lord McCluskey (and his fellow judges) should be removed from further participation in an appeal which relied very heavily on human rights arguments, in particular, the right to a fair trial under Article 6 of the Convention (see Hoekstra & Others v Her Majesty’s Advocate [2000] ScotHC 11).

When Andrew Neil, the well known journalist, questioned John Hirst about prisoners being given the right to vote in elections being held in the UK, he was less than subtle when he ran through Hirst’s charge sheet on the BBC’s Daily Politics Show in 2010.

Even instinctive supporters of human rights would have found it very difficult (emotionally speaking) to sympathise with Hirst’s position that the right to vote is a human right and this should be extended to those serving prison sentences.

If you want to be reminded of how awkward an interview this was, please click on the link below:

The case in question is Miller & Others v UK 11 April 2019 (Application No 70571/14) and the European Court of Human Rights is effectively declaring that UK electoral legislation does not comply with the European Convention.

Article 3 of Protocol No. 1 of the European Convention states that the signatories or High Contracting Parties (i.e. those countries, including the UK, which have signed the Convention):

“… undertake to hold free elections at reasonable intervals by secret ballot, under conditions which will ensure the free expression of the opinion of the people in the choice of the legislature.”

All of the prisoners involved in this application were alleging that the UK was in breach of the above provision when they were denied the right to vote in one or more of the following elections: the European Parliament elections on 22 May 2014; the elections to the Scottish Parliament on 5 May 2016; and the UK General Election on 8 June 2017.

Section 3 of the Representation of the People Act 1983 is the relevant legislation in this area. It states that:

“A convicted person during the time that he is detained in a penal institution in pursuance of his sentence … is legally incapable of voting at any parliamentary or local government election.”

The above provision is known colloquially as the ‘blanket ban’ i.e. anyone convicted of a crime and imprisoned automatically loses (or forfeits) the right to vote. This is part of the convicted person’s punishment.

A link to the European Court’s judgement in Miller & Others v UK can be found below:

As the supreme legislative body of the United Kingdom, it is up to the Westminster Parliament to rectify this situation – if it so chooses.

Since John Hirst won his case in 2005, successive UK Governments and Parliaments have fudged the issue. This whole area is a political hot potato because many politicians (irrespective of Party allegiance) are well aware of the dangers of standing up for the rights of prisoners. If advertising executives find it difficult to promote human rights using the inhabitants of UK prisons as exemplars, think how much more difficult it would be for politicians. They are extremely risk averse in these days of electoral volatility and they most certainly do not want to put their heads above the parapet to campaign for the rights of prisoners to be upheld. I suspect that many politicians would rather give a straight answer regarding their position raising taxes or cutting vital public services in order to avoid this particular, poisoned chalice.

Most politicians seeking re-election would not wish their opponents to level an accusation against them that they were soft on crime. Expect this story to keep on running.

We have been well aware for some time that the so called blanket ban on serving prisoners being denied the right to vote is a breach of the European Convention. Put simply, this provision in the Representation of the People Act 1983 is incompatible with the UK’s obligation to uphold and protect human rights.

The consequences of declaring UK parliamentary legislation incompatible with the European Convention on Human Rights can be fully appreciated if we refer to the UK Supreme Court’s decision in R (Nicklinson) v Ministry of Justice (CNK Alliance Ltd intervening) [2014] UKSC 38:

“An essential element of the structure of the Human Rights Act 1998 is the call which Parliament has made on the courts to review the legislation which it passes in order to tell it whether the provisions contained in that legislation comply with the Convention. By responding to that call and sending the message to Parliament that a particular provision is incompatible with the Convention, the courts do not usurp the role of Parliament, much less offend the separation of powers. A declaration of incompatibility is merely an expression of the court’s conclusion as to whether, as enacted, a particular item of legislation cannot be considered compatible with a Convention right. In other words, the courts say to Parliament, ‘This particular piece of legislation is incompatible, now it is for you to decide what to do about it.’ And under the scheme of the Human Rights Act 1998 it is open to Parliament to decide to do nothing.”

Significantly, on 2 August 2019, Michael Russell MSP, the Scottish Cabinet Secretary for Constitutional Affairs, passed what is known as a remedial order to allow prisoners whose domicile (or habitual residence) – when not in prison of course – is within the Scottish parliamentary constituency of Shetland.

A by-election is taking place because Tavish Scott, the Member of the Scottish Parliament for the Shetland constituency resigned his parliamentary seat. The remedial order is a temporary measure which will remove any accusation, for the time being, that the Scottish Government is in breach of human rights laws by depriving prisoners of the right to vote. This order by the Scottish Government is the prelude to a permanent change in the law.

Again, it’s worth emphasising that the Westminster Parliament and the UK Government can ignore declarations of incompatibility made by the courts in relation to laws which fail to comply with human rights obligations. The Scottish Government and Parliament are in a completely different legal position: all Scottish legislation and policies must comply with human rights laws.

A link to a story about the remedial order on the BBC website can be found below: